This is a placeholder for your sticky navigation bar. It should not be visible.

…the New England Patriots have won the AFC East.

They have benefited from the perfect storm of being the greatest team in their sport over the last quarter century, coupled with being in a division alongside the Jets, Dolphins and Bills

They are once again monstrous favorites this season.

They also get an unprecedented season where two of their opponents have an ESPN FPI rating of 31 & 32.

Sure they have don’t have two receivers to rub together, but it doesn’t matter.

Have a listen as I go through each team, the why’s how’s and WTF’s of this division.

Comments have been closed. 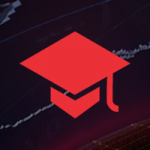